Most people would say that I'm a well-educated woman by most standards. I'm a college graduate and hold several certifications in adult learning and leadership development.
​
But there was a time in my life where I had several degrees in FAKIN', FOOLIN' and FRONTIN'! For real! I thought I could "fix" all that was broken in me, I thought I could out run the pain  and mask all the messes that I had experienced in my life.

At the age of 18, I was violently attacked in a domestic violence incident, where I suffered a stab wound from a 6" inch butcher knife. Let me be very clear...while I wasn’t in a relationship with the abuser and wasn’t being abused by him, I suffered a life-long injury at his hands, causing my life to take a drastically different direction than I intended. It has taken me a long time to say that out loud.
I spent years walking around thinking and saying “I’m OK! I’m fine...it didn’t happen to me, I wasn’t the real victim.” While I truly know and felt that I didn't suffer nearly as much pain and anguish as my sister, those words couldn’t have been further from the truth...I wasn’t “OK”. I struggled for many years trying to rebuild myself, but not really fully acknowledging that something did “happen” to me. Something deep inside of me broke the night that I was stabbed, but I wanted to distance myself from that terrible incident and all the memories that came with it. So, I did.

I convinced myself that it was not my story and I wouldn’t allow it to define me. But, doing this didn’t make the effects of the incident immediately disappear. No, the tentacles of this trauma just later showed up in various areas of my life. Where I was once confident, fear took over. As time passed and I got older, I saw myself shrink in areas of my life where I would normally have shown up with boldness. I wouldn’t speak up or out even when I knew that I could and should, because I was fearful of the reaction I might receive if I revealed my true thoughts and feelings. Disappointment and hurt caused by other people in my life felt larger than life and took a huge toll on me.

Following that incident, I experienced some pretty low points in my life, my father died a gruesome death in prison, my marriage began to experience serious turbulence and I made some poor choices in trying to cover all the pain I was experiencing. Instead of dealing with all of this, I filed it away with all the other pain. I felt dead inside and convinced myself that I could live this way, but it became evident that I could not. I tried to hold it all together with a smile on my face and my favorite two words "I'm fine"! I assumed this was what other people expected from me and I had no intentions of letting them down. I went on like this for years.

It wasn't until one particular rough season in my life that I realized that I had finally run out of Band-Aids and artificial fillers to cover up the wounds from my life’s harsh realities. I was officially BROKEN! Instead of seeking the Lord for his wise counsel, I tried desperately to fix myself by myself. Not knowing there were layers of pain that needed healing, I went down this lonely journey by myself. Needless to say I lost myself and all that sparkly stuff that God placed on the inside of me that made me who I was called to be. I was living an unauthentic life trying to please everyone and mask what I was truly feeling inside. 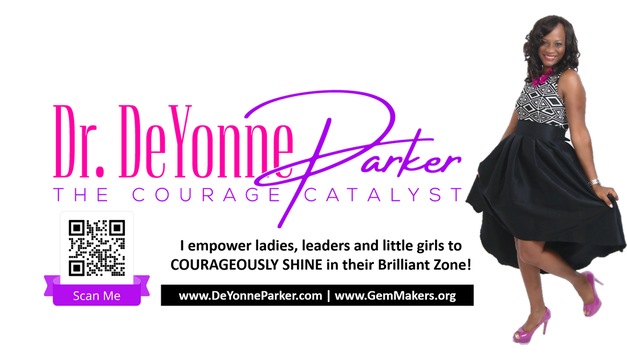